• After two years and 238 deaths at the hands of Islamic terrorism, what did France do to defeat radical Islam? Almost nothing. • If Emmanuel Macron wins, France as we have known it can be considered pretty much over. By blaming 'colonialism' for French troubles in the Arab world, and calling it 'a crime against humanity', he has effectively legitimized Muslim extremist violence against the French Republic. • In just two years, Muslim organizations in France have dragged to trial great writers such as Georges Bensoussan, Pascal Bruckner, and Renaud Camus. It is the Islamists' dream coming true: seeing 'Islamophobes' on trial to restrict their freedom of expression.

Carvin serial number decoder. Charlie Hebdo's physical massacre was therefore followed by an intellectual one. I'm praying that France manages to elect Marine Le Pen so that France can begin to take back its country.

I know a lot of people write the French off as hopeless cowards, but they were able to wrest their country from English control with the help of Joan of Arc. If France can remember and embrace that part of its past, they can take back their country. France is our oldest ally and they gave us brave men such as Lafayette, Rochambeau, De Kalb, and De Grasse, without whom we might have remained an English colony.

France has given the world beautiful, irreplaceable artwork and gifted writers such as Voltaire and Beaumarchais. It would be beyond tragic for Lafayette's homeland to destroy itself through appeasement to islam. On a side note, I've read 'Submission' and I highly recommend it to anyone who wants to get an idea of how the takeover would play out. Unfortunately, IT IS TOO LATE!!! Blaming 'colonialism' was the most stupid mistake the French people and many other Europeans made. I am not trying to Justify colonialism, but events were a lot more peaceful, once upon a time.

Yes, colonialism was wrong, but that does not exuse commiting suicide by the Europeans, or feeling guilty the rest of their life. Of course, neither the French nor any other Europeans ever feel guilty for killing or getting rid of Jews --- that is always 'kosher'. In any case, it is too late. The Muslims are here to stay, and GOD help those who do not convert to Islam. As for free speech --- that is another 'luxury' of the past --- most Muslims do not beleive in it. Thank you Giulio Meotti and Gatestone. The French people are a gutless bunch, and have been certainly since the run-up to WWII.

They didn't fight then, they didn't fight Communism during the Cold War and they have not fought Radical Terrorism since it began to rear its ugly head back in the 1980's. Lack of courage this extreme began evolving in France beginning with its bloody and ill conceived French Revolution. Since then and in comparison with the US and Britain, they are a people who have turned their backs on God, as they have embraced all the soft slimy tentacles of Secular Humanism.

Unfortunately, France is just the least effective partner of the US in this 'Longest War', as all of Western Europe seems to have also fallen into the clutches of Secular Humanism. Only Eastern Europe, fresh from its memories of godless Communism's similarly slimy tentacles, has so far shown a spine in this war. 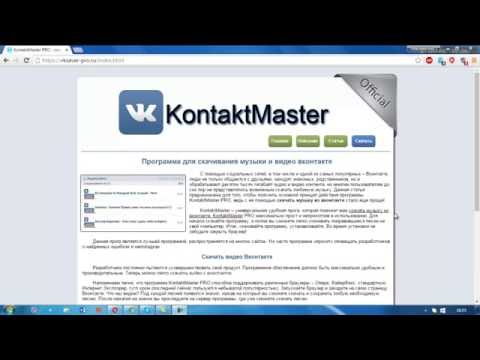 The moral of this story playing out now for the umpteenth time in recorded history is that. 'A people who can find no greater purpose in life than their own selfish pleasures, and who deny the God who created them. Will have those pleasures purloined as they slowly and painfully rot in the Hell of their own making!' Not that the US has to this point proven ourselves so much better! The same modernist and post Christian beliefs have blinded most of our leadership and many of our people. Can we improve on our sorry performance in this 'Longest War' and save ourselves from what looks to be an almost certain sorry plight for the French? Stay tuned and get (and stay!) involved!

Thank you for this article and for caring about the innocent people who were slaughtered by islamist. Franckly, my beloved country is just the shadow of what it was once. No freedom of speech, islamism everywhere, daily attacks not reported, prevention of any form of criticism against islam as if it was a race etc etc.Rights of children and women going backwards and much more that makes me think that no matter who wins the election, our country is ruined and is not safe at all. I recommend all people wanted to come as tourists to think twice as we are in red as far as the islamic terrorism just as algeria, tunisia, belgium and england!