In the version that is shown on YTV in Canada, the story begins mid-way through the Dragon Ball Z series. Raditz, Goku's brother has traveled to Earth to find out why Goku has not yet destroyed the planet as he was supposed to do. But while as a baby, Goku was dropped (down a huge cliff) and forgot his real mission. Kakarot, Goku's real name battles his brother Raditzs along with former enemy Piccolo and friend Krillin.

Meanwhile, Gohan; Goku's son reveals his hidden powers against Raditz and nearly kills Raditz. However Goku is killed in the end, but Raditz is eventually defeated by Piccolo. Before he dies, he tells them that two evil Saiyans even more powerful then he is, are on route to Earth. The remaining fighters, Krillin, Yamcha, Tien, and Chiaotzu begin their training to battle the evil Saiyans, while Piccolo takes off with Gohan to train him in using his new found power.

Meanwhile, Goku has to make his way back on Snake Way to King Kai's where he trains himself in the secret. Alternate Versions In the censored American version, all audio and visual references to the name of character known as 'Mr. Satan' have been changed to 'Hercule'. The name originated from the French dub, however the reasons for the name change were different in the two countries: in America, the name had to be changed due to religious reasons, but in France, it was changed because another character (Piccolo) has already been renamed to Satan.

In the French version, the name was only changed in the dialogue, not in the animation. I have been watching DBZ for a while now. Of coarse it has its flaws, but every great show does!! It has action, suspense (if you watched episode by episode on Cartoon Network) love, and character development. 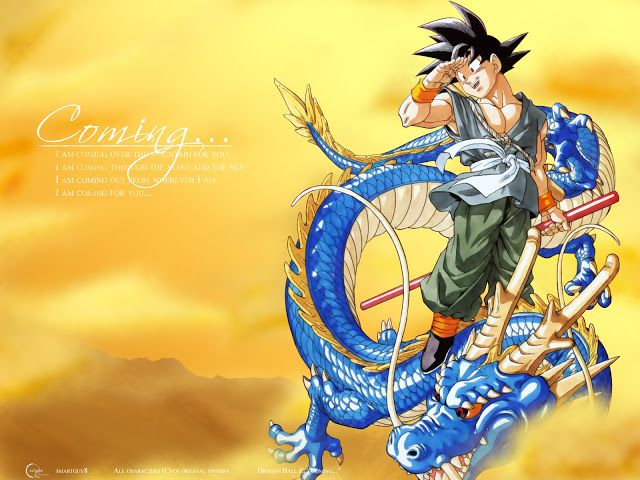 When people say FUNimation ruined DBZ, from your point of view they might have. With me, whatever version I see first, that is the one I enjoy the most. I prefer the English version over the original Japanese version, just because I saw the dub before the Japanese version.

Na kompjyuter igru koke pokemon. But, I will watch the original version and keep an open mind. I respect everyones opinion and understand where they are coming from. Although, I can NOT tolerate people who talk shit about a show they probably don't understand. (Dragonball Z is a very complex TV show, if you don't see all, or a lot, of the episodes, your lost!) So, what I'm trying to say is If you don't like a show or movie, keep it to yourself.