I theory that's great. I followed the Part A instructions carefully, and finally used command prompt (admin) and ' net user administrator /active:yes' to make pnputil -d oem##.inf work. The response was that it completed successfully. I don't think so. The particular oem72.inf (in my case 72) is gone but the system-controlled directory is still there. The AnyConnect installer still hangs at the end, then rolls back, and now I can't even redo this procedure because the utility of course says that there's no such driver anymore. Would you perhaps have any other ideas?

Any chance to remove the system access control from that directory and manually delete it now? Thanks, Matthias. Hello Madness, I know the operating system does not like folks deleting from the DriverStore directories and security will back at you a lot. I would double check the oem##.inf file.

You can run the IDE from within the incubator-netbeans directory by typing./nbbuild/netbeans/bin/netbeans on unixes (for Windows the command is equivalent). THIS PROJECT IS IN LIFE-SUPPORT MODE. This repo tracks the old version of Wifite (v1) which does not receive frequent updates and has many bugs (check. This repo is a complete re-write of wifite, a Python script for auditing wireless networks. Wifite runs existing wireless-auditing tools for you. 1, 2018: Updated to Image App 1.10.9. DC-GH5 (Firmware Version 2.0) is supported. May 16, 2017. 16, 2017: DC-FZ80 / FZ82 are supported.

I spent my entire evening yesterday and most of tonight trying to install the Cisco VPN Client for 64-bit. I had been using Shrew VPN (freeware) and it worked fine with my Cisco.PCF file, but now they’ve reconfigured my VPN at work and it’s “Cisco or death” (long story). Cisco AnyConnect Secure Mobility Client Administrator Guide, Release 4.6. Customize and Localize the AnyConnect Client and Installer 43. Is to redirect the browser to AnyConnect client provisioning portal if the ISE Posture status. ICO error.ico. System tray icon alerting the user that something is critically.

If you use Cisco Webex or other products (ie. Cisco IP Communicator) you will see very similar looking driver entries which is why it's important to check the setupapi.dev.log. I found using pnputil cleaned up the registry and directory in DriverStore tree.

If it had failed I would have tried manually deleting the driver entries and supporting registry keys (while growling about the Cisco intern that must have been assigned to create the installation and forgot these). That would be my best guess. Hello, I had anyconnect installed and working on windows 8.1, and after updating to windows 10, the first time (last week) I tried to log in to my VPN, anyconnect tried to update to 4.1.06020. There was an install procedure, which towards the end failed with an error of: ' There is a problem with this Windows Installer package. A program run as part of the setup did not finish as expected. Contact your support personnel or package vendor.

The installer then rolls back- unfortunately for me the first attempt didn't roll back to my working version, but left me with out any working version. I'm just an end user, trying to connect to a university. The university technical staff gave me a work around T2pt, but I would like to get anyconnect working if it doesn't take an undue amount of effort. I followed the instruction above but nothing changed. I've uninstalled any prior versions, deleted registry entries, deleted folders from Cisco prior to trying to reinstall, and even tried to install Sonicwall (one post I came across suggested Anyconnect was missing something or other causing it to fail) etc. Nothing seems to work.

The log file where the failure occurs tells me 'Timed out waiting for device post-install to complete.' From my searching, windows 10 seemed to cause plenty of problems for people (last year), but the version I have - 4.1.06020. Doesn't seem to overcome the issue. A solution would be appreciated. I tried to post a new discussion, but was spam filtered, so am trying here. 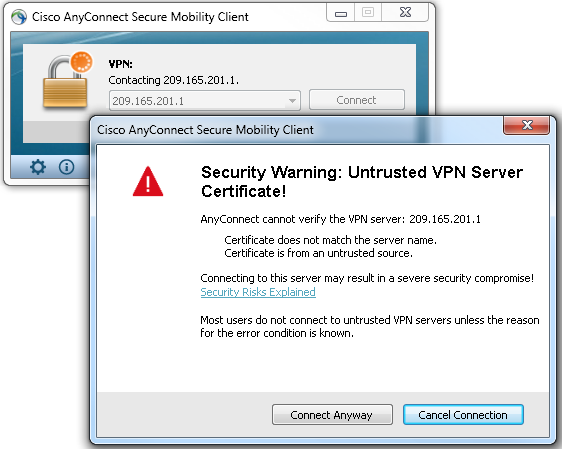 Until I found this post - thank you johnmotley! I did not need to go any further than the removing of the proper inf driver and I went through steps 1 and 2 - but in step 2 I just deleted the entire registry folder: HKEY_LOCAL_MACHINE SYSTEM CurrentControlSet Services vpnva Rebooted, re-ran the install for 3.1.14018 (using the.msi file) and all is well again, finally. Had issues with the vpn adapter so I uninstalled Anyconnect.